How to Embrace the Joys of Winter This Year

Meet three older adults who have fun in the snow

Move over, hygge. After many months cooped up at home since the pandemic started, many of us may be totally over the Danish concept of cozy cocooning indoors. Instead, more people are embracing the joys of friluftsliv – Norwegian for "open air living."

This year, as snowbirds wonder whether heading south is too risky due to the pandemic and gathering indoors still isn't safe, many of you might worry about a long winter with not much to do.

However, making a commitment to celebrate time outdoors can help make colder months bearable by boosting both our physical and mental well-being, experts at Marian University in Indianapolis say. Just two hours a week spent in a natural environment has a positive effect, according to a recent study published in the journal, "Nature."

Norwegian playwright Henrik Ibsen reportedly coined the term friluftsliv – pronounced free-loofts-liv – in 1859, when he wrote about how being outside could enhance spiritual and mental health. Today, the concept encompasses any outdoor activity, and it's one reason Norway is considered one of the world's happiest places, according to the 2020 World Happiness Report.

The Science of Winter Happiness

"The residents of Tromsø have really low rates of seasonal affective disorder and winter depression, and I wanted to figure out why people living in this cold, dark place thrive even during a long winter," says Leibowitz, who lives in San Francisco.

Leibowitz's research, published in the International "Journal of Wellbeing," revealed that Tromsø residents had what she calls a "positive wintertime mindset:" They believe winter is packed with opportunities for enjoyment and fulfillment, and this mindset leads to overall wellness.

"You have to take care of yourself: Eat properly, stay healthy and get outside."

"Mindsets don't just shape what we think; they also shape what we do," Leibowitz explains. "If you have the mindset that winter is full of opportunity, then you're more likely to look for those opportunities."

In most areas of the country, you can extend patio gatherings through the winter months by putting up wind-blocking curtains and setting up outdoor heaters, or sipping hot beverages around a fire pit, she adds.

"There's no one-size-fits-all to have a good wintertime mindset; it's meant to be flexible, where you think about the possibilities you might have been closed off to before," says Leibowitz.

Leibowitz believes we can all learn from Scandinavians about how to maximize outdoor joy. Meet three people who are already on the right track: 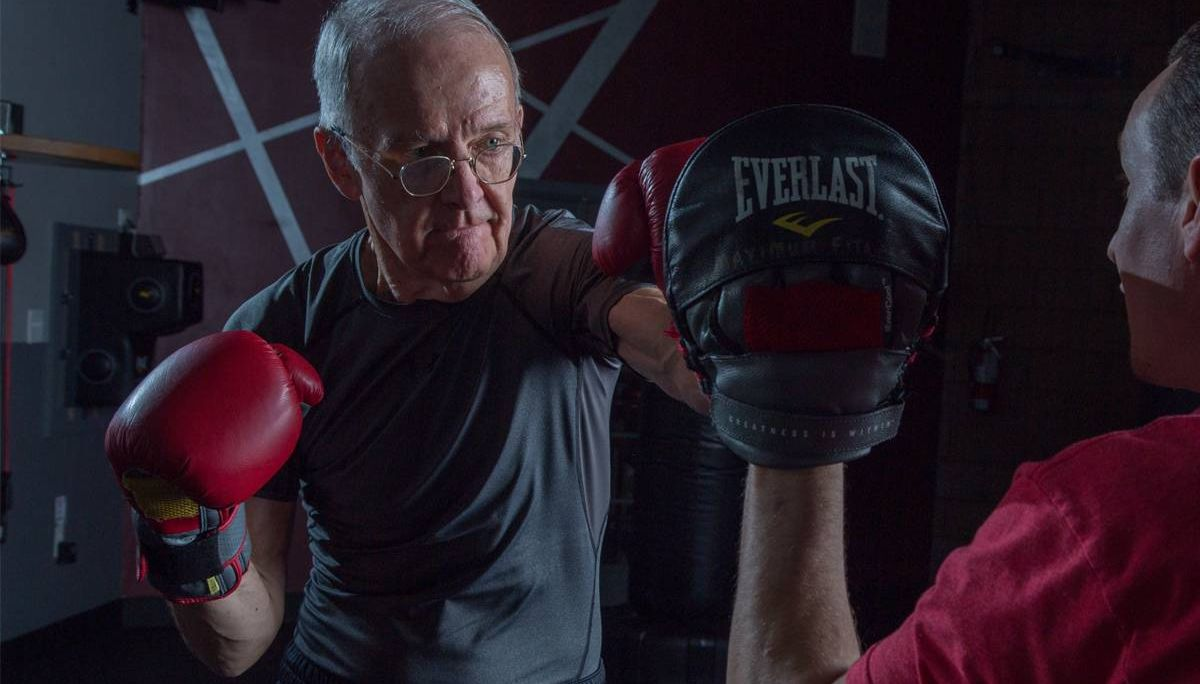 Thirty years ago, a newly-widowed Eileen Fishkin – then 56 and a casual skier – joined a club called the Over the Hill Gang because she couldn't find anyone to ski with. Fishkin, who lives in Marlborough, N.J., enjoyed it so much she later signed up for the 70+ Plus Ski Club, which offers discounted ski passes and organized group trips. The club, which has 3,000 members, is based in North Kingstown, R.I., with chapters across North America.

Fishkin also belongs to the New Jersey Ski Council. Through her ski clubs, Fishkin has traveled all over the world, conquering slopes in Aspen, France, Italy, Argentina, Chile and New Zealand. Today, at 86, she skis every day during the winter months for about five hours, and says it keeps her young.

"I have never been happier; joining ski clubs allowed me to meet other skiers at my own ability and find people to have lunch or spend an evening with," says Fishkin. She has had both knees and a hip replaced due to arthritis and believes staying active helped her recovery.

"You need to be in shape when you ski, so you have to take care of yourself: Eat properly, stay healthy and get outside," Fishkin says.

Fishkin notes that many mountain resorts offer discounted rates or free skiing for older adults, including Alta in Utah and Killington in Vermont. All year, she eagerly looks forward to winter so she can hit the ski hills.

"I love the cold weather; when the temperature drops to the fifties, I'm all smiles," Fishkin says. "I don't worry about falling; I ski mostly groomed trails because I feel safer, and I can ski faster on them."

John LaPlante, 57, fell in love with snowboarding in 2003 when he moved from Chicago to St. Paul, Minn. He had recently started skiing, but found the local mountain, Buck Hill – where Olympic gold medalist Lindsey Vonn learned to ski – wasn't challenging enough.

"I saw a kid on a snowboard who looked like he was having a great time, so I thought I'd try it," recalls LaPlante.

"Being outdoors is essential to feeling good and having wonderful winters."

When he couldn't find information about the sport geared towards older adults, he started a blog, GraysOnTrays.com, that soon became a digital community for snowboarders. The site offers fitness and safety tips; snowboard resorts and trip information and guidance about choosing gear.

"Snowboarding is great for your mind and your spirit, and there's a social aspect to it as well," says LaPlante, who has met boarders in their 60s and 70s.

He believes trying something new – especially during the long winter months – can stretch your horizon.

"Being in motion on a snowboard is fun," says LaPlante. "You can sprint, dance, jump and leap, fly or gently bounce, depending on the snow conditions, your board, your skill levels and your risk tolerance. And sometimes, pushing yourself or taking a risk and coming out unscathed can be thrilling."

"Being outdoors is essential to feeling good and having wonderful winters," says Soule, a child and family therapist in Wallingford, Vt.

"I love the dry, clear air, the blue sky, the brightness of the sunshine on the snow. It's very uplifting and beautiful. When you're out in the woods or a field or snowshoeing, you're seeing what's happening in the world around you. Your depth of focus is so much farther, which feels really good. You see the trees and birds, find animal tracks," says Soule. "It's a whole different way to explore. If you're a curious person, it feeds that curiosity."

Soule says snowshoeing is an easy activity for beginners to learn. Forget your grandpa's giant clunky gear. Today's lightweight aluminum snowshoes are simple to slip on and easy to use, and many public libraries make them available to check out, she adds.

"You don't have to stick to a trail; you can pretty much go anywhere if you have the right snow cover. If you're concerned about falling, you can use poles," says Soule. "Snowshoeing is a great workout; it's very safe, and an opportunity to spend time with other people outdoors."

7 Ways to Layer Up and Stay Warm This Winter

Norwegians are known to say, "There's no bad weather, only bad clothing." Here's how to dress smart for cold-weather outdoor activities. Spoiler alert: It's all about the quality – not quantity – of the layers, which trap warm air between them.